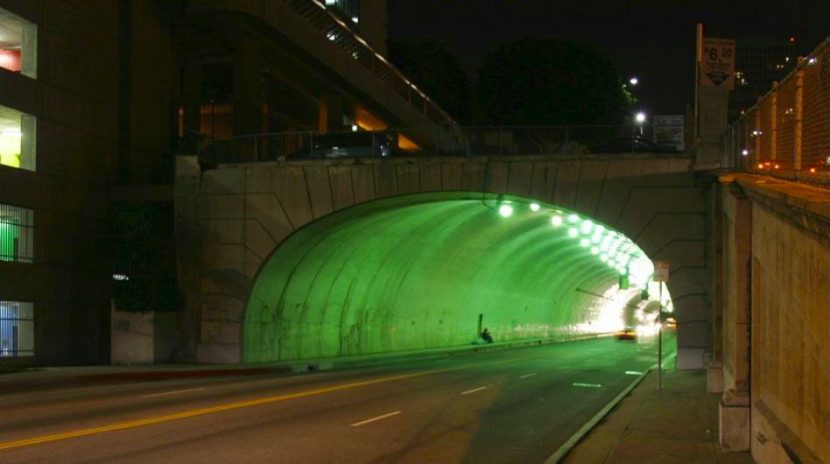 Whether you are new to Los Angeles or have lived here for a long time. There is so much scenery to take in. We recommend a series of local drives to take in our great city from the comfort of your european vehicle. Check out this truly beautiful drive to Downtown Los Angeles at night.

If you are in Silverlake or Echo Park heading east the 2nd street tunnel starts at Figueroa Street going into DTLA. Take in the red reflections of car brakes illuminating the tunnel’s white tiles creating a glittering spectacle. When the tunnel was built in 1916 the signature white tiles were sourced from Germany. Apparently, a big deal to use a German product during WWI. But the architect stood his aesthetic ground and the tunnel was built, teutonic tiles and all. Fast forward to today, the 2nd Street Tunnel is one of the most filmed locations in Los Angeles from car commercials to fashion shoots to blockbuster movies like Terminator, Gattica, and Blade Runner.

Depending on your mood and appetite DTLA has a huge selection of places to eat with reasonable prices. Clifton’s Cafeteria offers buffet style American cuisine with an environment you will not forget. It feels like you are in a country lodge with giant fake redwood tree extending to the 4th floor. This place you will want to explore. Clifton’s was originally opened in the 1930s and has been restored to its original glory. Another option also on Broadway is Grand Central Market which has been hosting food vendors since 1917. Any type of food you can imagine is available at this large farmers market style venue.

If you are in the mood to kick back and take in some Jazz, check out Bluewhale. This little spot offers an intimate environment. You will find people in their 20s to 60s uniting for the only thing that matters here – the music.

Los Angeles is car culture but neighbor trolleys and railcars were the method for getting in and out, and around Los Angeles from before when cars took over in the 1950s. Union Station is known as “the last of the great train stations and is still functional today.