Your search is over for “synthetic oil change Los Angeles”, European Motors is the place to go. If you are curious about the benefits of using synthetic oil in LA or maybe wanted to learn about the evolution of synthetic motor oil, check out our guide on everything you ever wanted to know about synthetic oil.

Since 1975, European Motors has proudly served Silver Lake, Echo Park, and Los Feliz. We are a 5 star rated independent auto repair shop. Feel free to contact our office to schedule a synthetic oil change today or feel free to call us with any questions concerning your vehicle.

What are the advantages of using synthetic oil in LA?

Most LA drivers spend a lot of time in their vehicle. Besides the notorious traffic, close proximity to various climates mean your vehicle must be ready to perform in both hot and cold driving conditions. From long drives in the hot desert sun to ice covered roads in snow capped mountains, it is essential to use a motor oil that performs well in extreme temperatures. Full synthetic motor oil is designed to have better viscosity. Meaning it flows freely even in below zero temperatures. While it resists heat allowing your car to run smoothly, and not overheat, in much hotter temperatures.

Synthetic oil won’t break down and offers greater engine protection. When considering your engine is made up of many moving parts that are constantly in contact with one another, oil plays a crucial role in lubricating these moving engine components.

Over time, conventional oil forms sludge from deposit formation. By contrast, full synthetic oil is designed with less impurities to resist deposit formation and the result is a cleaner engine.

Both money and power were instrumental in the development of synthetic oil.  Key moments in the evolution of synthetic motor oil occurred during WW2 and the 1970s energy crisis.

It’s well documented that research into petroleum oil alternatives occurred during the late 19th century, but it wasn’t until WW2 that demand really took off.  Ironically, as German soldiers fell behind on the battlefield, German scientists moved forward in the laboratory. Bitter cold weather conditions in the battle of Stalingrad gave Hitler’s army a defeat. German tanks and aircrafts refused to start due to petrol oil thickening in the Russian below zero climate. It was evident that a better oil was needed as conventional oils were not able to provide the extreme temperature protection required for advanced warfare.

Synthetic oil developed and soon provided the necessary protection that jet engines needed for flight. It wasn’t until the 1970s oil crisis that synthetics became popular in the automotive market. Due to high prices at the pump, automakers started to introduce smaller, more fuel-efficient cars that ran much hotter. Thanks to synthetic oils’ ability to resist heat, demand increased with vehicle launches of modern cars with high-tech engines.

Overall synthetic oil is thinner, lubricates better, and is more durable, but do you know why?

Is it worth putting synthetic oil in your car? The answer is yes, but we are biased. As an independent European auto repair shop that only stocks Liqui Moly full synthetic motor oil, don’t take our word for it. Check out what AAA has to say, “Oil protects critical engine components from damage and AAA found that synthetic engine oils performed an average of 47 percent better than conventional oils in a variety of industry-standard tests”

In addition, it’s always a good idea to read the owner’s manual for your specific vehicle. When in doubt we always defer to your owner’s manual. For most of the European cars we service, using synthetic oil is a requirement or your warranty can be voided.

Is there a downside to synthetic oil?

The only downside to synthetic oil is the expense. One oil change using synthetic is generally two times the cost of using conventional. Although this multiple varies based on the amount of oil the vehicle holds.

It is a complete myth that you can’t go back to using regular oil after synthetic. In fact, there is a huge market for synthetic blends. Synthetic blends are a combination of synthetic and conventional oil for budget-conscious drivers.

Perhaps the most common question we get at our auto repair shop is regarding how often to change synthetic oil. The answer really depends on a number of variables including type of synthetic oil, vehicle, and driving conditions. The range varies from every 5,000 to 15,000 miles. Feel free to contact European Motors if you would like a recommendation for your car.

Now that you have a better understanding about synthetic oil and read our guide, it’s time to schedule an appointment with European Motors. If you still have any doubt, we employ ASE-certified technicians, have plenty of 5-star reviews, and have been in business since 1975.

European Motors has proudly served the Silver Lake community since 1975. We have been a reliable shop for over 40 years. Feel free to read what customers are saying about us. Check out European Motors reviews. We welcome feedback from all our customers, it makes us better. 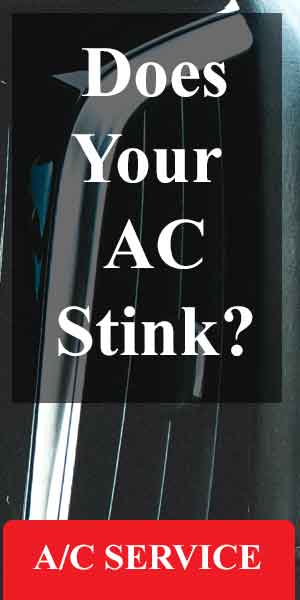 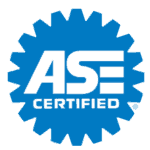 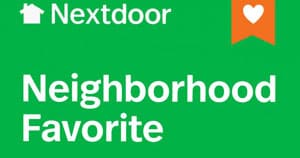